An ancient Abbey, a peaceful guardian of the territory for centuries


We are in Valbagnola, a valley rich in waterways known since the times of the ancient Romans who stayed here for the recognized properties of the local waters. A few steps from our source and near the Chiaromonte pass, there is an ancient Abbey founded by Benedictine monks. The protector of this magical timeless territory for centuries. 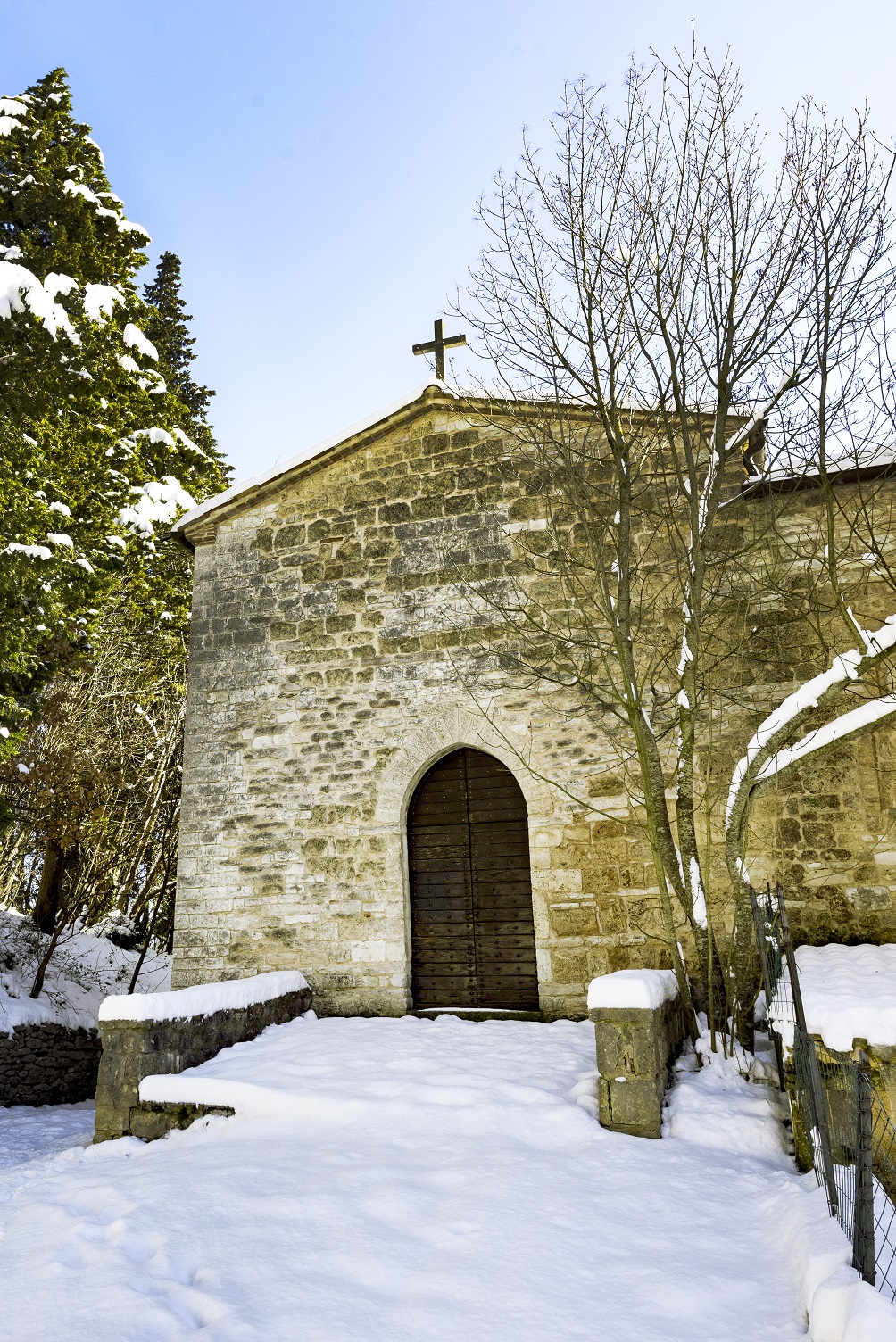 The abbey of San Cassiano in Valbagnola

San Cassiano water takes its name from an ancient Romanesque - Gothic abbey, located near our source. The abbey was founded by Benedictine monks between 1119 and 1177.  Here they found a place of peace and contemplation. The valley that hosts the abbey was an important place for the ancient Romans. The road to the Chiaromonte pass started here. This road was a deviation of the Consular Flaminia Road, the only road in the time allowed to pass the Apennines from Rome, to get to Ancona.

Today, the Abbey of San Cassiano remains a place of historical and artistic importance thanks to its original architecture. The exterior of the building bears witness to the Romanesque-Gothic style, recognizable by the beautiful external apse. But what makes the Abbey truly unique in its time is the original internal layout, in a single span there are a grandstand and a staircase of seven steps that descends towards the crypt.

If nature has given us this very good water, the Monastery, the peaceful guardian of this magnificent territory for centuries, has given us the symbol of the four-leaf clover, taken from a bas-relief found inside of its ancient walls that we will find in the logo of the San Cassiano water.